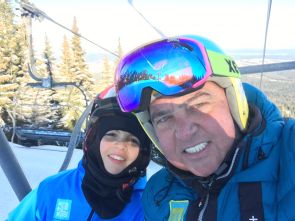 Phillip Roth has produced, and written over 100 feature films for theatrical, television and PPV as well as directing 20 of these productions. His films have been released through 20th Century Fox, Columbia –Tri-Star, Paramount, Trimark, and MGM while being released on television on USA, SyFy Channel, HBO, Netflix and Showtime. To date, he has produced over 85 features in Eastern Europe and directing 8. Mr. Roth’s experience as a working producer and director in Eastern Europe gives him a unique understanding of all aspects of film production in the Balkans. Mr. Roth was an early innovator in developing the use of personal computer-based animation systems to create special effects for his films that previously could only be accomplished by special effects companies using expensive mainframe computing technology. Mr. Roth’s experience in producing, directing, special effects and the on-set application of the same, make him extremely valuable to any productions shooting in Eastern Europe. He Graduated from Lewis and Clark College in Business and History.

Jeff Beach and Mr. Roth formed UFO in 1997 to produce, license and finance films. Previously to their partnership, Beach established Royal Oaks (An International sales company later becoming Franchise) one of the premiere independent production and distribution companies in the 90’s. From 1991 to 1993, Mr. Beach was Vice President of International Distribution for Green Communications, Inc. where in addition to international sales he produced a number of feature films. Prior to Green Communications, Mr. Beach headed distribution at Action International Pictures (AIP) where he forged many of the international relationships that the UFO enjoys today. Mr. Beach holds a Bachelor of Arts Degree in Telecommunications with an Associate Degree in Film, both from San Diego State University.